↓ Skip to Main Content
Home › How To Resign As Director From A Company?

How To Resign As Director From A Company? 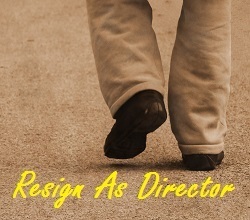 It is quite common that a director may just want to quit from the company for whatever reasons.

In order to officially have a person resigned as director from a company, the following steps are to be followed:

SSM Will Not Entertain You

Technically, SSM do not accept any letter of resignation from any person indicating that he/she has resigned as director from a company as this has not followed the protocol of getting a person resigned from the board of director of a company.

SSM officer will normally advise the resigning director to communicate with the company secretary on the matter.

Can Other Company Secretary Help You?

I Can’t Find My Company Secretary

In very rare situation that your company secretary might have relocated or not contactable, please refer the matter to SSM.